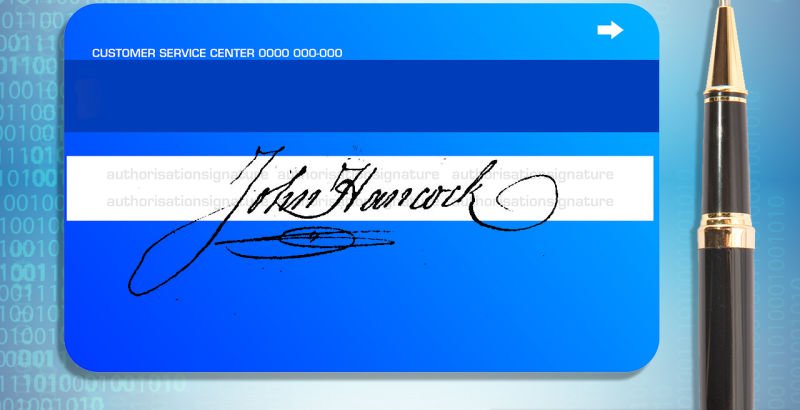 As of April 14, you no longer have to sign your “John Hancock” for credit card transaction approval. CreditCards.com senior industry analyst Matt Shulz said signatures are no considered a deterrent to fraud, as most people don’t completely sign their name or take it seriously.

The signature requirement was already ending with purchases smaller than $50 for American Express cardholders. Of course, some merchants were still using the practice.

Over 80 percent of the U.S. MasterCard’s in-store transactions were approved without a signature in 2017. However, many companies such as restaurants, rental car agencies and loan companies, still require signatures.

According to Schulz, merchants may still use the signature requirement if they want. He said the requirement is on their credit card processing terminals and they would have to go through various steps to remove it.

Credit card companies are doing everything they can to improve card security and deal with rampant cases of fraud.

For example, consumers were mailed chip-enabled credit cards that must be inserted and held for the credit card reader to continue with and approve the transaction. These chips are known as EMV chips, and they offer a unique code tailored to each purchase as well as payment information. They are thought to be more secure than the prior magnetic strips.

Schulz believes biometrics and PIN codes will be used more frequently in the future, but he warns that each person should be responsible for their own identity and security.

He said each person is their last line of defense when it comes to identity theft. He urges people to review their credit card and bank statements on a weekly basis.