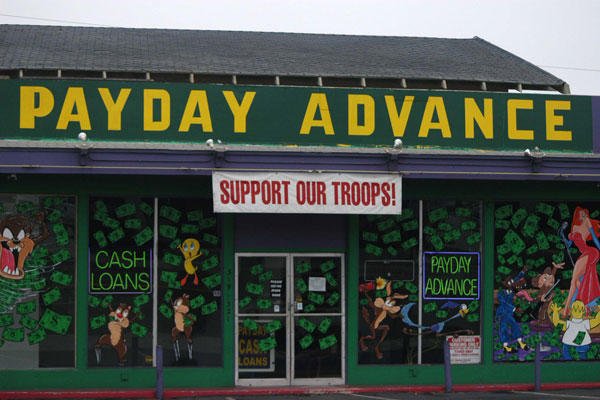 For active military members, the law gives them some protections. For example, the Military Lending Act, which became active in 2006, dealt with predatory lending. The law is even better than the rules of the Consumer Financial Protection Bureau to stop payday loan traps that have yet to be put into action.

Is the law a bad thing for active military personnel who seem to love these kinds of loans?

Why is that more military members seem poised to use payday loans then non-military members? According to a blog from Javelin Strategy and Research, 44 percent of active duty military personnel got a payday loan, 68 percent attained a tax refund loan, 53 percent used a cash-checking serve, and 57 percent used a pawn shop – all of these have very high rates. This is compared to just 10 percent of consumers using these products and services.

Part of this is due to age. Most military members are younger and considered Gen Y consumers who don’t mind using these services. They are early in their financial lives with less income and not as equally able to attain other types of credit.

The Military Lending Act was set up to help military members from being taken advantage of by payday loan lenders. For instance, it sets limits a limit on the biggest issue people have with payday loans – interest rate. According to the Act, payday loan lenders may not charge active military members more than 36 percent for payday loans and tax refund loans. This is to keep companies from binding members overseas with loans – situations that could hinder them from focusing on their job.

Despite the cap, many of them still pay exorbitantly high rates – usually given to those consumers who have bad credit.

Since many service members are Gen Y and don’t have a lot of credit, has the act influenced these service members into getting more loans and is this hindering them from asking for financial products that can offer them better terms?

This is very likely!

The rates these members pay is similar to those that have little to no credit and can see with traditional kinds of credit like credit cards. There doesn’t seem to be a lot of incentive to get a traditional loan or credit product. However, payday loans do not help military members get the credit they need to build a positive credit history.

Since financial health is an important part of the military, it’s important they are taught better financial habits and help them to choose traditional products that can help them establish their credit and avoid the endless cycle of payday lending.