New CFPB Director Faces Uphill Challenges When She Takes Over 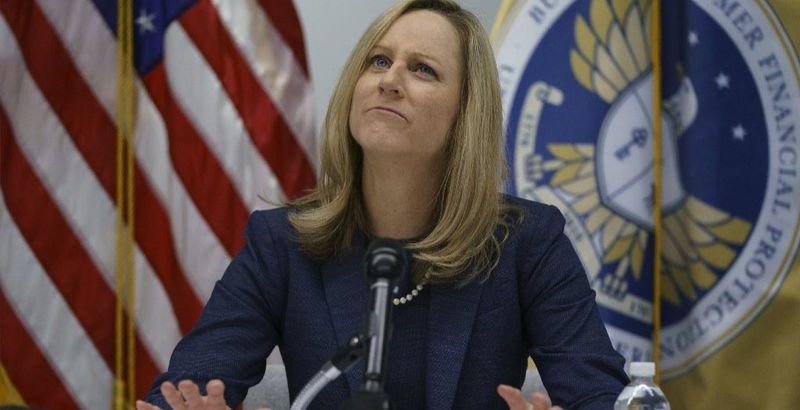 Kathy Kraninger, who was confirmed by the Senate 50-49 on Dec. 6 – will start her five-year term as the key regulator. Kraninger has already promised to reinvigorate and reenergize employees who felt dejected during the tenure of Acting Director Mick Mulvaney.  Mulvaney was recently tapped to become the acting White House chief of staff.

The agency’s strict rules were implemented when Former Director Richard Cordray was in charge of the department. The rules were designed to reduce the number of iffy financial products and take legal action against any entity that attempted to defraud or mislead consumers.

Democratic lawmakers, CFPB veterans and advocacy groups berated Mulvaney for the moves, saying it was against the mission set forth by the agency. However, financial services industry like the payday loan industry and Republicans applauded the work Mulvaney did.

However, Kraninger has promised to do her own work in the agency, distancing herself away from the moves that Mulvaney pulled and create her own. What are some of the issues she’ll need to contend with when she takes over the agency?

The biggest challenge she faces is with the agency’s staff – the wars raging between the newest appointees and agency veterans. When Mulvaney went to rebrand the CFPB, it caused friction between those of the Obama-era and Trump-era and destroyed the morale employees had.

The Partnership for Public Service, which ranks the best places to work in the federal government, noted that staff sentiment declined dramatically between 2017 and 2018.

Many in the agency have demanded that Eric Blankenstein, who oversees the lending industry’s discrimination cases, be fired. Blankenstein admitted that he wrote blog posts that were racially insensitive.  Many of the veteran agency employees were also outraged by Mulvaney’s idea of changing the agency’s name and to concern itself more with the industry’s concerns rather than consumers.

Kraninger said she understands the challenges within the bureau and would like to talk with every CFPB department within three months of her taking over. She realizes the concerns and wants the staff to know she’s going to listen to them.

Although Kraninger has worked with the federal government for over a decade, Democrats are still hesitant, citing her lack of experience with financial rules and close tie to Mulvaney – two big reasons for their opposition to her nomination.

Decisions Regarding Staff and Budget

One of the reasons Trump nominated Kraninger was the hope to curtail bureau spending. Her supporters claim she’s got a lot of budgeting experience, and Kraninger herself said she wants to see the bureau’s resources utilized effectively.

However, many CFPB veterans are worried her cuts could mean a smaller staff. The 2019 White House fiscal budget shows that she proposed a $155-million cut to her former department’s budget.

However, dismissal of any the bureau’s agency would mean talks with the union negotiators and Kraninger herself has not said one way or another if layoffs would be coming. Still, a cut to any bureau funding often means cuts to supervisory and enforcement staff.

One of the first actions Mulvaney took was to delay the compliance date of payday loans rule, which was created to help consumers get out of never-ending debt.  However, the CFPB said it would issue a new payday rule proposal in January, which is thought to be weaker than the first one. Kraninger will now decide how far back the finalized rule should go and suffer the backlash for whatever direction she goes in from the injured party.

Kraninger may need to decide if the bureau will have to defend itself regarding governance structure. In January, the D.C. Circuit Court of Appeals ruled the agency was constitutional, and the appeals court for both the 5th and 9th Circuit courts will hear similar cases. Kraninger said the bureau’s mission is important, but Republicans would like to get rid of it altogether.