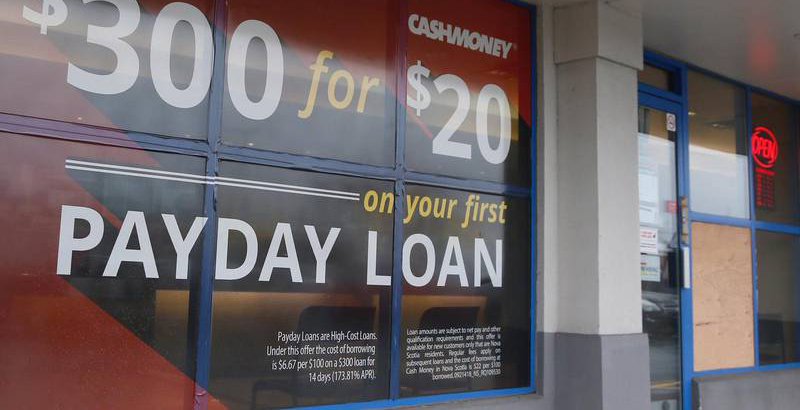 Regulators reduced the benchmark charge to $19 down from $22 for every $100 borrowed. The ruling will affect four companies – 310-Loan, Cash Money, My Canada Payday and National Money Mart.

In the Nova Scotia Utility and Review Board ruling, the maximum that people can take out is still $1,500; the default fee remains $40 and the arrears interest rate is still 60 percent.

How does Nova Scotia compare to the rest of Canada?

Lenders operating on Prince Edward Island charge $25 per every $100 borrowed. In New Brunswick, Alberta and Ontario, the charge is $15 per $1200; in British Columbia, Manitoba and Saskatchewan; and in Labrador and Newfoundland, it’s been proposed that the fee be $21 per $100.

Quebec has no payday loan regulations.

Payday lenders had asked the Nova Scotia board to keep the $22 rate to keep the industry from hurting. The board realized that lowering rates would cause many of them to leave the market. The board rejected a suggestion from the Face of Poverty Coalition for a $2.25 for every $100 rate, as that would kill the payday loan lending industry altogether.

According to the board, it understands that eliminating the payday loan industry in the country would hurt consumers who need short-term loans, and lead to a rise in predatory loan lenders.