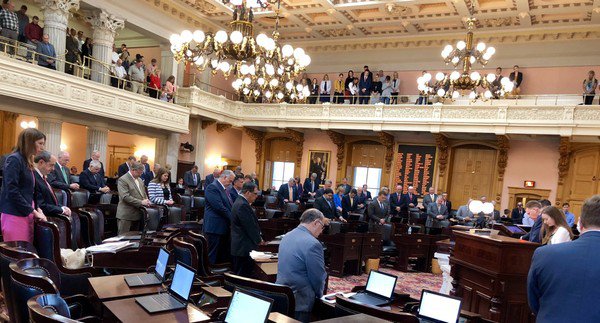 Ohio House Bill 123 is a modification of the state’s Short Term Loan Act, which was signed into law July 29 and enacted on Oct. 29.  Gov. John Kasich signed the modified bill, which prohibits any loans of more than $1,000 and no more than 12 months.  It also stated that any short-term lender could not extend loans to any person for more than $2,500.

The lender can extend as many loans as they want, but the number is limited to the same person. The loan demands short-term loan lenders to let prospective customers know that they can turn to banks and credit unions for lower-interest rate loans, provide customers a chance to rescind a short-term loan by refunding the whole amount in three business days after it was given and stops the practice of using vehicle registration for loan security.

The annual interest rate was also capped at 28 percent.

Kim Maggard is the Whitehall mayor, and she is happy about the new law to protect residents who need short-term loans. Maggard said it would reduce the payday lenders’ ability to prey on susceptible people, gets rid of vehicle-title lending and caps loans $1,000. She said there are several short-term loan businesses in Whitehall that the new law would affect.

Many others don’t share her view. Instead, they worry it was hurt those who need the loans. Patrick Crowley is a spokesman for the payday loan industry and said the new law would be disastrous to people. He said the Republican governor was able to sign a bill the GOP controlled Senate and House passed on support from a Washington, D.C.-based group in spite of numerous complaints from millions of customers and working Ohioans.

House Bill 123 isn’t the first time short-term loan reform has been tried. In 2008, state voters voted a ballot referendum, capping loan amounts at $500 and interest rates at 28 percent. Despite this, lenders exploited a loophole to continue doing business as usual.