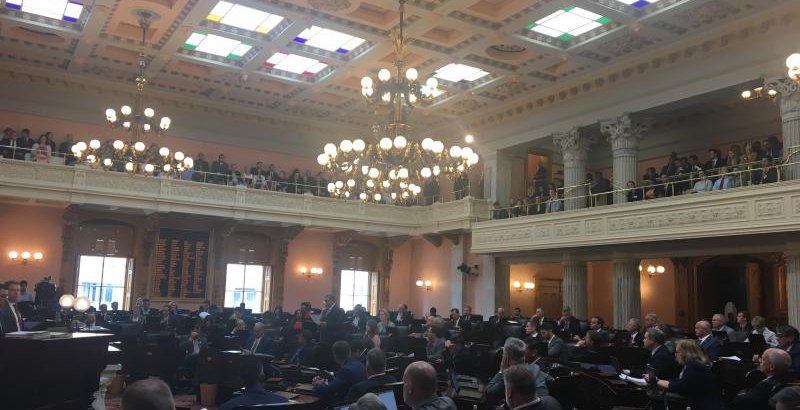 Legislation designed to close the loopholes that Ohio payday lenders were using to charge extravagantly high-interest rate has passed the state house.

Republican Rep. Kyle Koehler said the approval of HB123 was designed to help state residents who cannot afford their basic needs because of the extremely high-interest rates.

Koehler said one resident attained a $1200 payday loan and paid $200 for four years to pay it back. That equates to $9,600 altogether, eight times more than the original loan was for.

Another Republican Rep. Bill Seitz said people using the loans wanted him to vote against the bill. According to the industry, passage of the bill would mean payday lending stores closing their doors. Seitz said it’s similar to borrowing $10 one day and then paying $11 the next day.

An APR of a one-day loan comes to 3,650 percent, which most people view as reasonable.

Seitz said it would be better for credit unions and banks to charge a higher interest rate for shorter-term loans.

However, in the long run, the majority of lawmakers were with Koehler, with the bill passing 71-17. The bill is onto the Ohio Senate.

The bill was released from the committee after former Speaker Cliff Rosenberger had resigned after an inquiry from the FBI regarding alleged travels with payday lending lobbyists. Lawmakers in the committee have denied any amendments due to advocates’ concern that it would decrease the value of the reforms.

Of course, it remains to be seen if the senators in the Ohio Senate will approve the current bills. Still, payday lending reform supporters are looking to bring the problem right to voters. The Ohio Ballot Board cleared the path for supporters to collect signatures for a constitutional amendment to create regulations similar to what’s seen in HB 123.