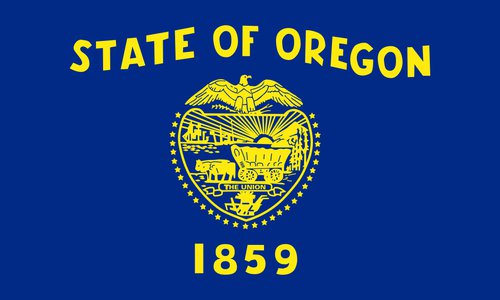 Note: There might be other lenders in Oregon, this page contains only lenders which their headquarters or main offices are based in Oregon.

This is the only state to have to distinct designs for its state flag – one design on the back and another on the front.

A dormant volcano makes up the tallest peak. It’s also considered to have the deepest gorge in the U.S. The deepest U.S. lake was created within in ancient volcano, which is found in Oregon.

Many Oregon residents are into collecting and housing collections, which is why the state is considered to have the largest rosary and carousel horse collections.

Alis volat Propriis (She flies with her own wings)